Homeopathy may be more effective than flu shots. In the deadly flu outbreak of 1918, patients treated with homeopathy had much higher survival rates.

Not only is the avian flu front-page news, but clinics and doctors are warning us about the dangers of the common flu. Posters and leaflets, ads and articles urge us to get our shots, the pressure greater than usual with the ominous bird flu looming.

In Great Britain, a National Health Service leaflet says, "If you knew about the flu, you'd get the jab." But the British environmental magazine The Ecologist (October 2005) can't help wondering if that's really the case: "If people truly knew about flu, and the lack of effectiveness of the vaccine being offered as protection, would they really be so obedient about getting the jab?"

Last September, a report in the American Medical Association journal Archives of Internal Medicine dropped a bombshell: Although immunization rates in those over 65 have increased 50 percent in the past 20 years, there has been no decline in flu-related deaths. One reason is that hundreds of flu viruses can be circulating at any time.

Nevertheless, every February, scientists at the World Health Organization meet to define the three that are likely to cause the most misery the following winter. The viruses they choose are included in that year's vaccine. But in the months between formulating the vaccine and administering it, the viruses -- which constantly evolve and mutate -- may have changed, or new ones may emerge.

Flu experts often get it wrong. In 1994, for example, they predicted that Texas, Shangdong and Panama viruses would be prevalent, so millions of people were vaccinated against those strains. However, when winter arrived, entirely different strains were circulating through schools, offices and households worldwide.

Even if the vaccine contains the right strains, not everyone responds by producing the antibodies that fend off the flu. As many as 40 percent of people over age 65, for example, do not respond to vaccination. Last year the U.S. Centers for Disease Control funded research on health-care workers in Colorado. Results showed virtually the same percentage of people suffered from influenza-like illnesses whether they were vaccinated or not, leaving researchers to conclude that the vaccine "was not effective or had very low effectiveness."

Ineffectiveness is not the only thing to worry about when getting a flu shot. Alternative Medicine (October 2005) lists the typical ingredients in a vaccine: Aluminum hydroxide (associated with Alzheimer's and seizures), thimerosal (a mercury-based neurotoxin linked to ADHD and autism) and phenol (a human carcinogen) are among the substances added. This has caused some people to ask whether vaccines might do more harm than good.

Today, a number of homeopathic remedies for the flu are available, including oscillo, or oscillococcinum, which has been shown to shorten the duration of symptoms when taken within 48 hours of onset. Homeopaths have been given this remedy since 1925. Interestingly, it's made from the heart and liver of ducks, which carry flu viruses in their digestive tracts.

"Based on clinical studies, homeopathy produces some of the fastest results in relieving flu symptoms," says Dana Ullman, MPH, the author of nine books on homeopathic medicine. In addition to trying oscillo, Ullman suggests considering influenzinum 9C, a homeopathic preparation of the three newest flu viruses obtained from the Pasteur Institute in France. Although not definitively shown to prevent the flu, it is a popular protocol in Europe. Finally, Ullman advises visiting a homeopath for a specific constitutional remedy in preparation for flu season. Other homeopathic flu remedies, depending upon one's symptoms, include gelsemium, bryonia, aconitum, monkshood, nux vomica, eupatorium perfoliatum, rhus toxicodendron (poison ivy) and arsenicum album.

While there's no evidence yet that homeopathic remedies can prevent the flu, they seem to be very useful in treating the flu. And they're less aggressive that the usual injections. The people now targeted for shots -- the elderly, young and immune compromised -- are those least able to withstand a systemic chemical assault.

Research also consistently shows that people of lower socioeconomic status are at higher risk for a wide range of infectious diseases. The Ecologist wonders whether "vaccines are endorsed as a remedy for so many things that are too complicated (like better hygiene) or too expensive (like winter-proof housing) for the government to fix."

So, now that the flu season is here, what should you do? Homeopathic remedies might help. But Alternative Medicine offers the most startling solution of all: Get sick. "From a naturopathic point of view, getting the actual flu may not be such a bad thing -- that is, if you are relatively healthy -- because it will make you more resistant to the flu later in life. Also, getting the flu is an opportunity for the body to detoxify."

For those who are less healthy -- with conditions like diabetes, asthma, pulmonary disease, emphysema, frequent pneumonia or impaired immunity -- less invasive, more natural ways to "fight" the flu might be prescribed. Sometimes the simplest preventive actions yield the most immediate results: Wash your hands, get enough sleep, eat your fruits and vegetables, exercise and avoid stress. 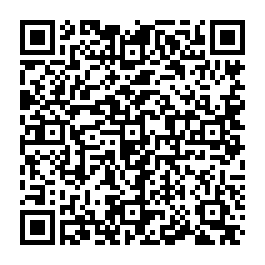